Undefeated Hornets Wrestling Will Face Challenges in Next Matches 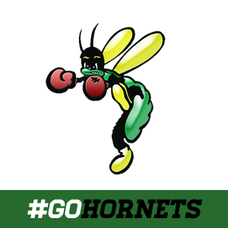 The methodical way Passaic Valley High wrestling coach Joe Benvenuti breaks the season into multiple components is a good indicator of how well the Hornets are progressing in a season where the expectations are high.

“The early season is the December tournaments and some early duals,” the coach said. “Now, we’re into the dual season, with league matches, dual meets and quad meets. The county championships are in late January, then we get into the third part of the season, starting in early February, with the state sectionals, then the districts, regions and states (in the first weekend of March).

“It’s a grind, for sure, but in the end, it’s the mental toughness that will prevail, as well as staying healthy.”

The coach is pleased with where his team is, so far, after a 58-12 win over Lakeland High, in Wanaque, on Jan. 4. PV has also defeated Elmwood Park, Nutley, Passaic Tech and Lakeland, as well as finishing second in a good tournament at Roselle Park over the holidays.

“We have a long way to go,” the coach said. “But we’re making progress. We’re 4-0 and had some good early-season tests with Nutley and PCT.”

No Events This Week

Events are added by athletic staff.
View All Events